Web Desk (Islamabad) : Federal Government has decided to increase the salary of Government Employees in Federal Government Ministries and its attached departments. In this regard Salary Increase Notification for government employees will be issued after approval from the cabinet. In this regard Finance Division will move the summary for approval from cabinet. Agreement has been signed between the Government Employees Grand Alliance of Pakistan and Federal Ministers Ali Muhammad, Pervaiz Khattak Federal Minister of Defence and Sheikh Rasheed Interior Minister.

Many misconceptions still exist in the minds of government employees regarding salary increase. 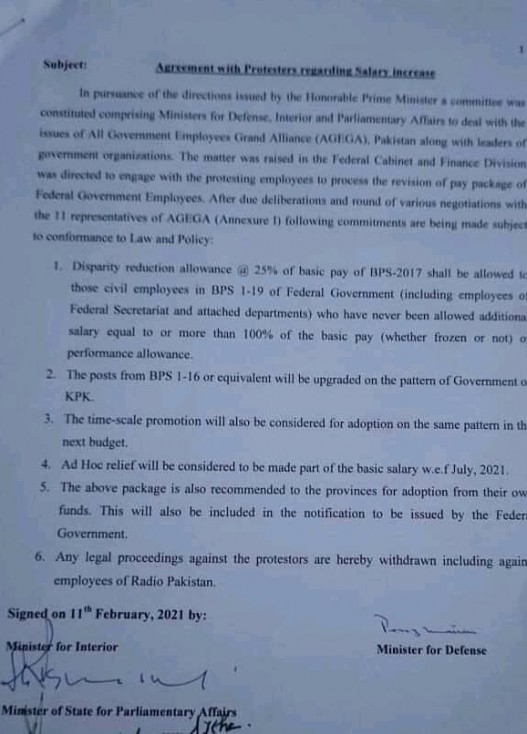 In this regard a press release has also been issued by the Finance Department for Salary Increase 2021 for Government Employees.