Zartaj Gul Pakistani Politician is the Minister of State of _____?

(A) Health
(B) Climate Change
(C) Science and Information Technology
(D) None of the Above.

B . Climate Change  is the Right Answer

Zartaj Gul Minister of the State of Climate Change

Prime Minister of Imran Khan has nominated Zartaj Gul , Pakistan Politician as Minister of State for Climate Change. She took the oath as Minister of state on 5th October 2018. She belong to District DG Khan. She won the Election from DG Khan Constituency N.A 191 Dera Ghazi Khan III. She assumed the office as member National Assembly on 13th August, 2018. She got popularity when she defeated the tribal leaders of DG Khan in General Election 2018. She got 79,817 votes and defeated Awais Leghari.She is graduated from Queen Marry College Lahore and done Masters from National College of Arts. 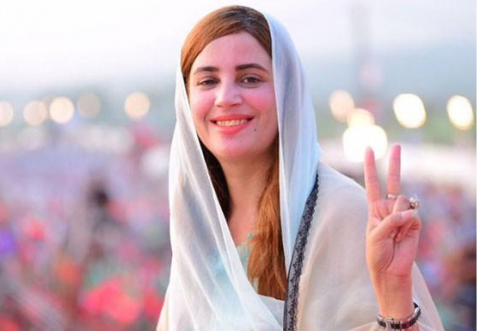