FPSC has announced more than 62 posts of Inspectors in FIA in November 2018. Download Roll No Slip (Click here) . Candidates who had applied on the above mentioned posts has started their preparation for the post of Inspector as it it expected that test will be conducted from 6th January 2019  to 12th January 2019 as per schedule published . FPSC has not issued Syllabus for Inspector. Many of the aspirants and candidates were asking when the test will be held..

Test Date for Inspector in FIA is  6th January 2019 or Later as per Schedule Mentioned in Advertisement. 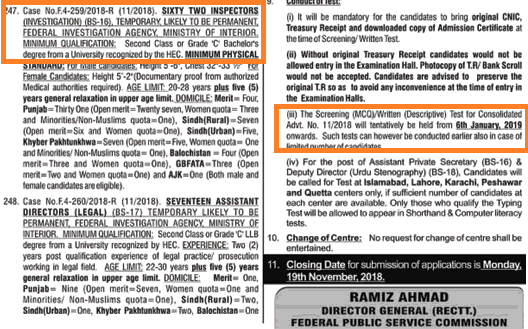