Election Commission has announced 51 posts of Election Officer in January 2020. Candidates who had applied on the above mentioned posts of EO ECP has started preparation for the test. Test will be conducted from 7th March 2020 . FPSC has issued Syllabus for post of EO. Many of the aspirants and candidates were asking when the test will be held.

Test Date for Election Officer in Election Commission of Pakistan will start 7th march 2020, You can download Roll No Slip for EO ECP the said post when it will be uploaded on ECP official website. 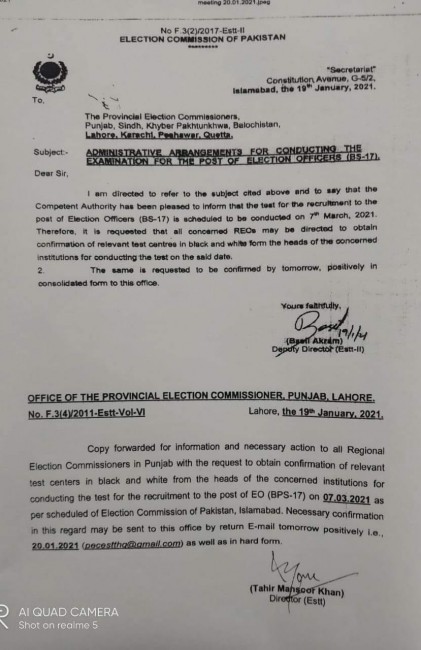 Test Date for the Election Commission of Pakistan Jobs it is mentioned that tests for above mentioned advertisement will be held from 7th March as per tentative schedule and it will take one week to complete all the test for the Advertisement No. 1 . We have more than more than 2 months for the preparation of SA . Election Commission has also announced the syllabus for the post.