It has been decided by PPSC that post announced by PPSC having same syllabus and announced by different department candidates will need to appear in only one test instead of appearing in test for all announced posts. If he or she clears the test he will qualify for the interview for all departments inwhich he applied for the said post , if he failed in the test he will be considered fail in all tests in which he applied .

Following are the main features of this new policy of PPSC . 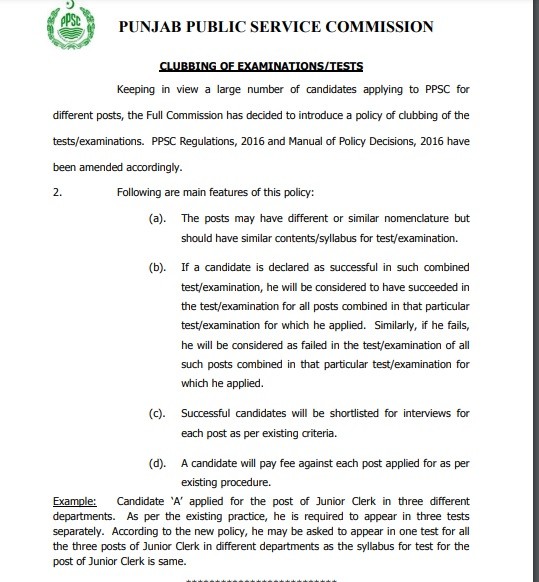