Test Date for Inspector in FBR as per FPSC press Release test will be held from 21st February 2022, Third Week of  February as per Schedule Mentioned in Advertisement. Roll No Slips have also been uploaded you can download now.

Test Date for the Consolidated Advertisement No. 06/2021 it is mentioned that tests for above mentioned advertisement will be held from 21st March 2022 as per tentative schedule for the Advertisement No. 9.  Inspectors posts are also announced in this advertisement. We have more than more than 4 months for the preparation of this post . FPSC has announced the syllabus for the post of . Although English MCQs of 20 Marks and Professional Test of 80 Marks will be the part of Inspector Test.  Let start preparation of Inspector Inland Revenue Test from today . 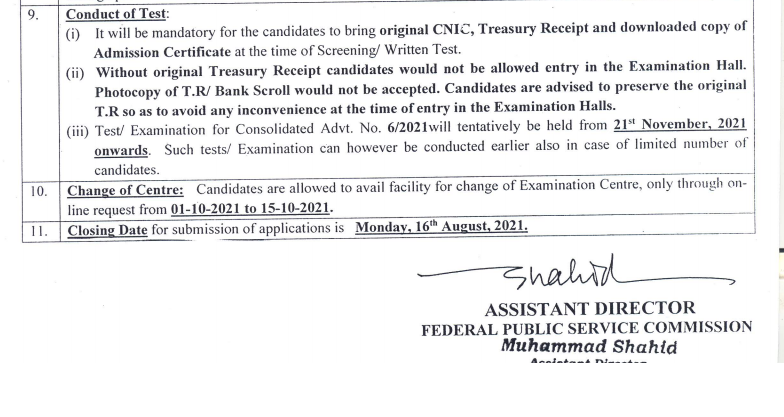