As per PPSC Exam Schedule Test Date for Tehsildar 2021 in Board of Revenue will be announced later and you will be able to download Roll No Slips (Download Roll No Slip From here) ,and exam schedule will also published on its  official website . As per Jobs PPSC Planner no progress has been shown yet. . Let start preparation of Tehsildar Test from today . Complete test schedule is given below (When available) . Although it is circulating on social media tehsildar test will be conducted from 28th August 2021 but it is officially not confirmed from the PPSC sources. 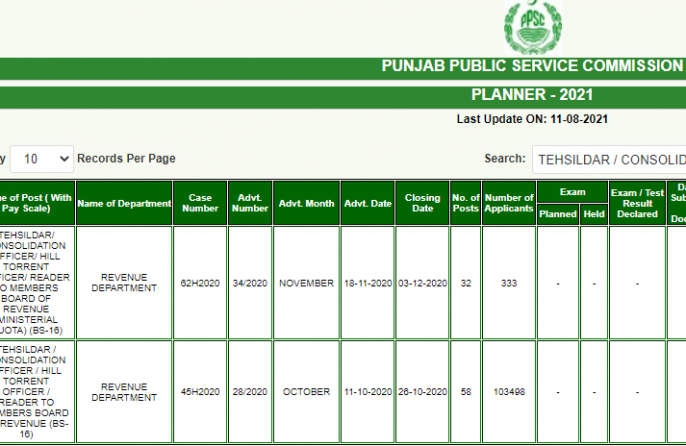 Excise and Taxation PPSC Past Papers 2016