1. A unit of Length equal to the average distance between the Earth and Sun is called?

4. Ozone Layer is present about 30 Miles (50 Km) in atmosphere above earth. The start layer of atmosphere inwhich ozone layer lies is called as:
(A) Exosphere
(B) Mesosphere
(C) Troposphere
(D) Stratosphere

5. Which Planet of the Solar System have maximum Numbers of Moon?
(A) Jupiter
(B) Venus
(C) Saturn
(D) Uranus.

7. Which Rocks are formed by alteration of pre-existing rocks by great heat or pressure?
(A) Igneous Rocks
(B) Sedimentary Rocks
(C) Metamorphic rocks
(D) Acid Rocks.

10. An electric current can produce ?
(A) Chemical Affect
(B) Magnetic Affect
(C) Heating Affect
(D) All of the Above. 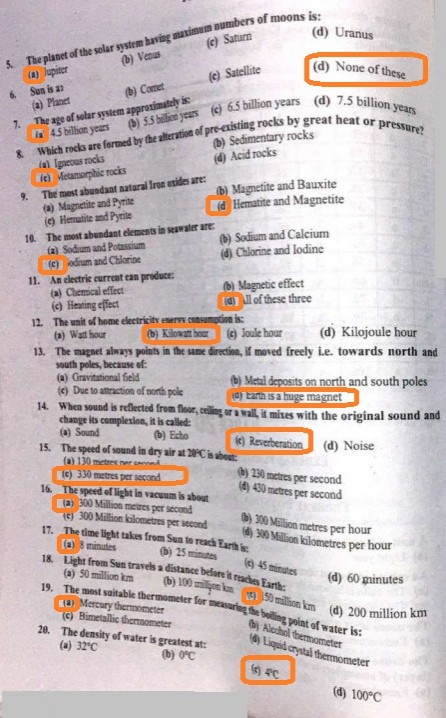 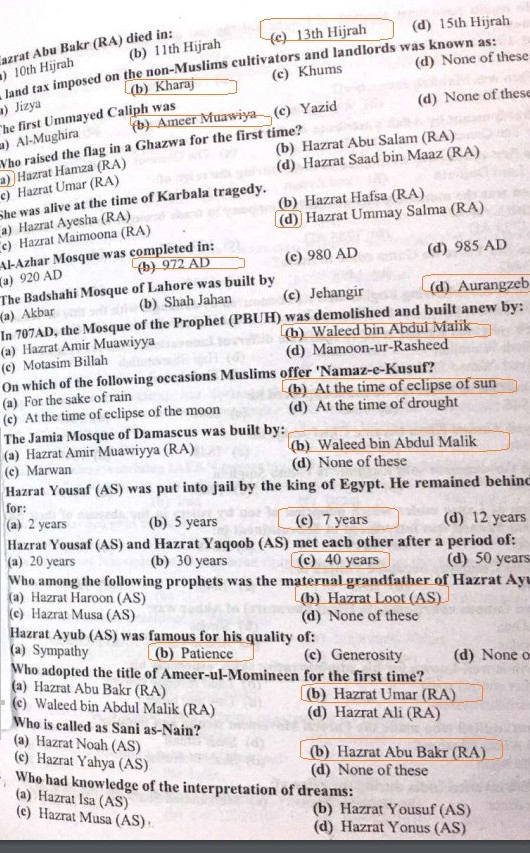 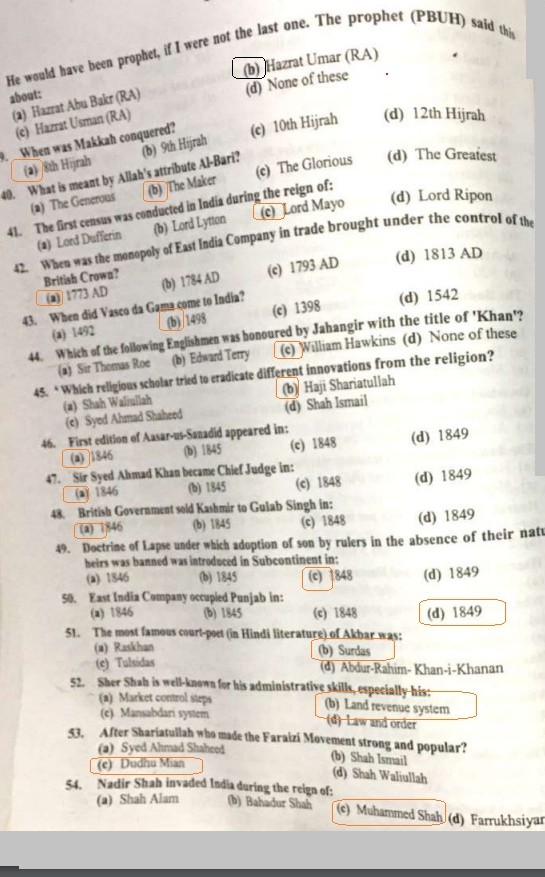 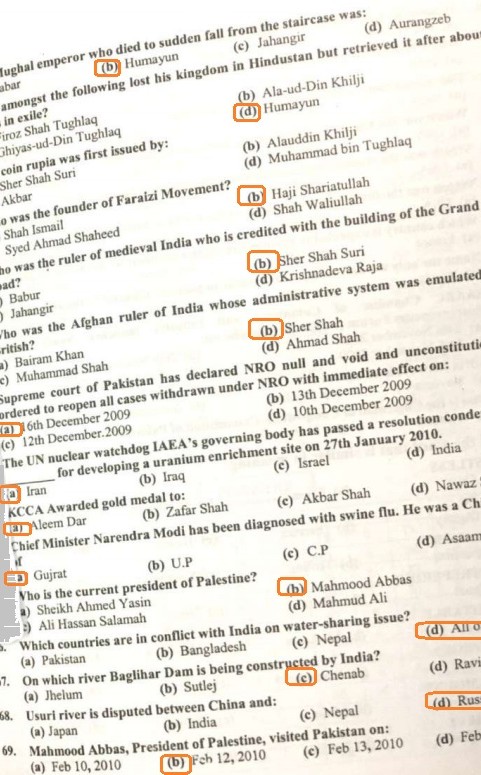 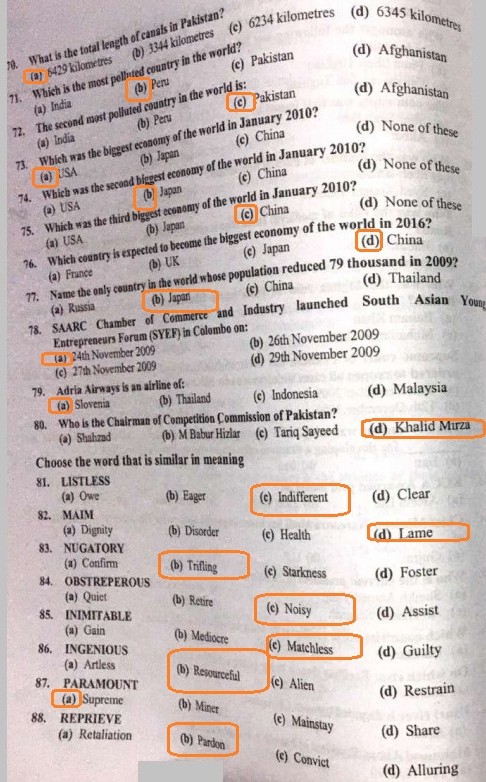 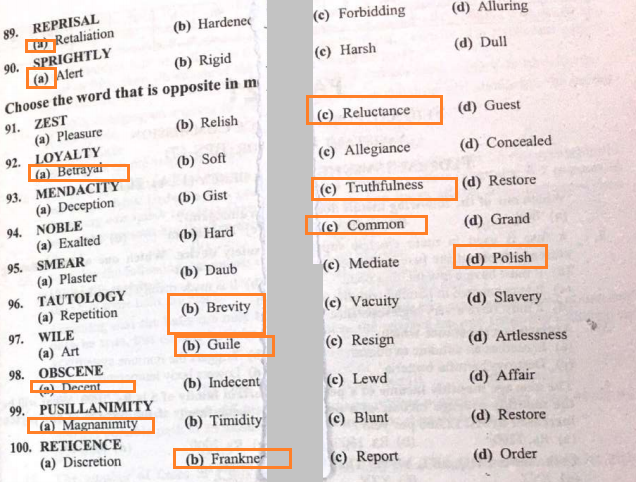