FIA has announced more than 211 posts of ASI in May 2021. Candidates who had applied on the above mentioned posts of ASI FIA has started preparation and test will be conducted from 13th December 2021 as per official schedule published . FIA has issued Syllabus for Assistant Sub Inspector. Many of the aspirants and candidates were asking when the test  of ASI will be held. You can also download Your Roll no Slip .

Test Date for the it is mentioned that tests for above mentioned advertisement will be held from Last week of 13th December 2022 as per official schedule and it will take more than  10 days  to complete all the test for the FIA Advertisement . ASI Posts in Federal Investigation Agency were also the part of this advertisement. We have more than more than 5 days for the preparation of this post . FIA has announced the syllabus for the above said jobs of ASI . Although English MCQs of 20 Marks and Professional Test of 80 Marks will be the part of ASI Test.  Let start preparation of ASI FIA Test from today . 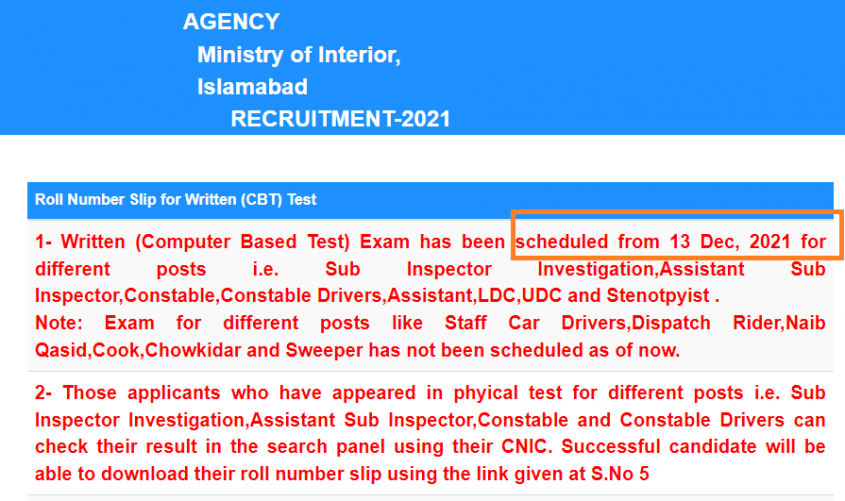